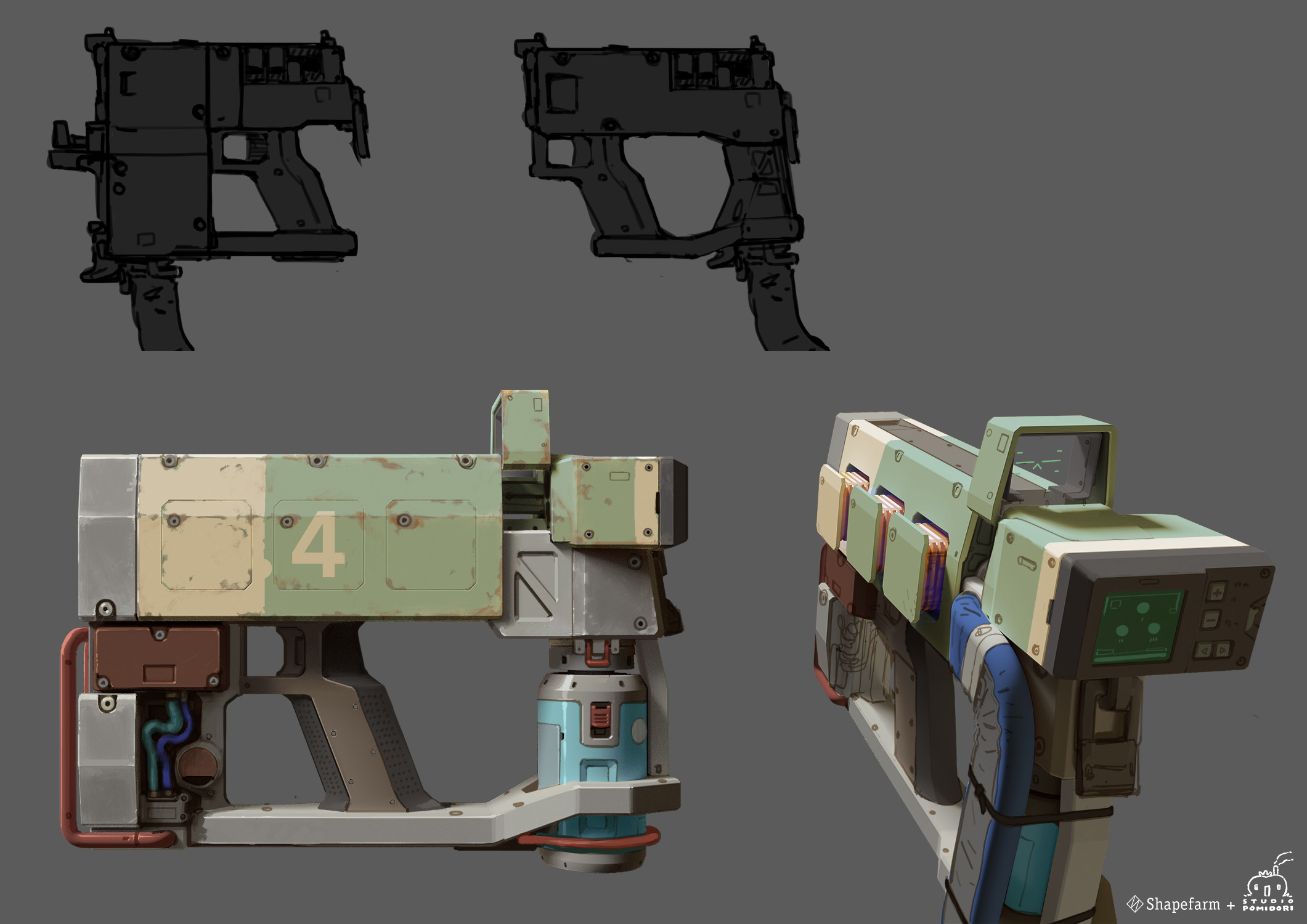 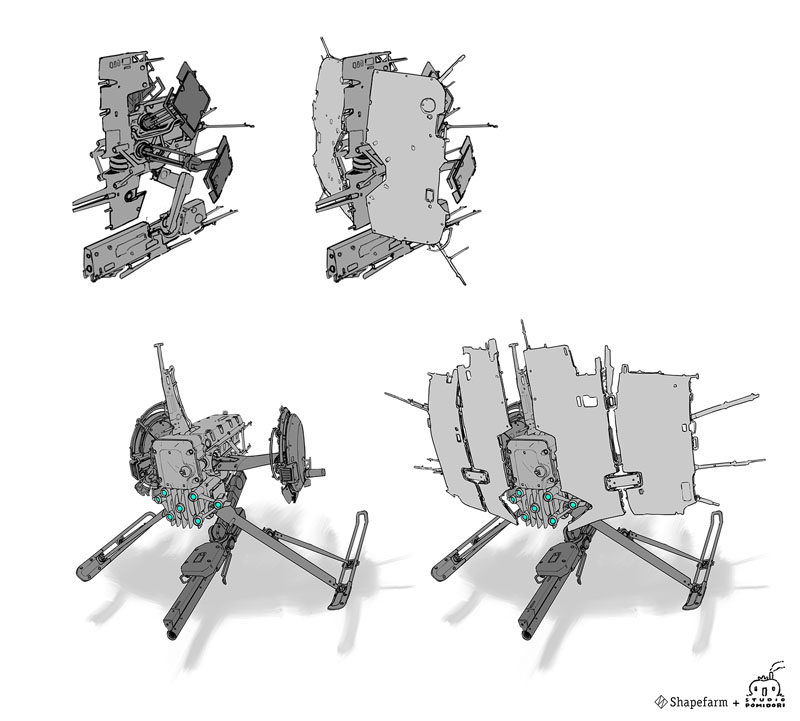 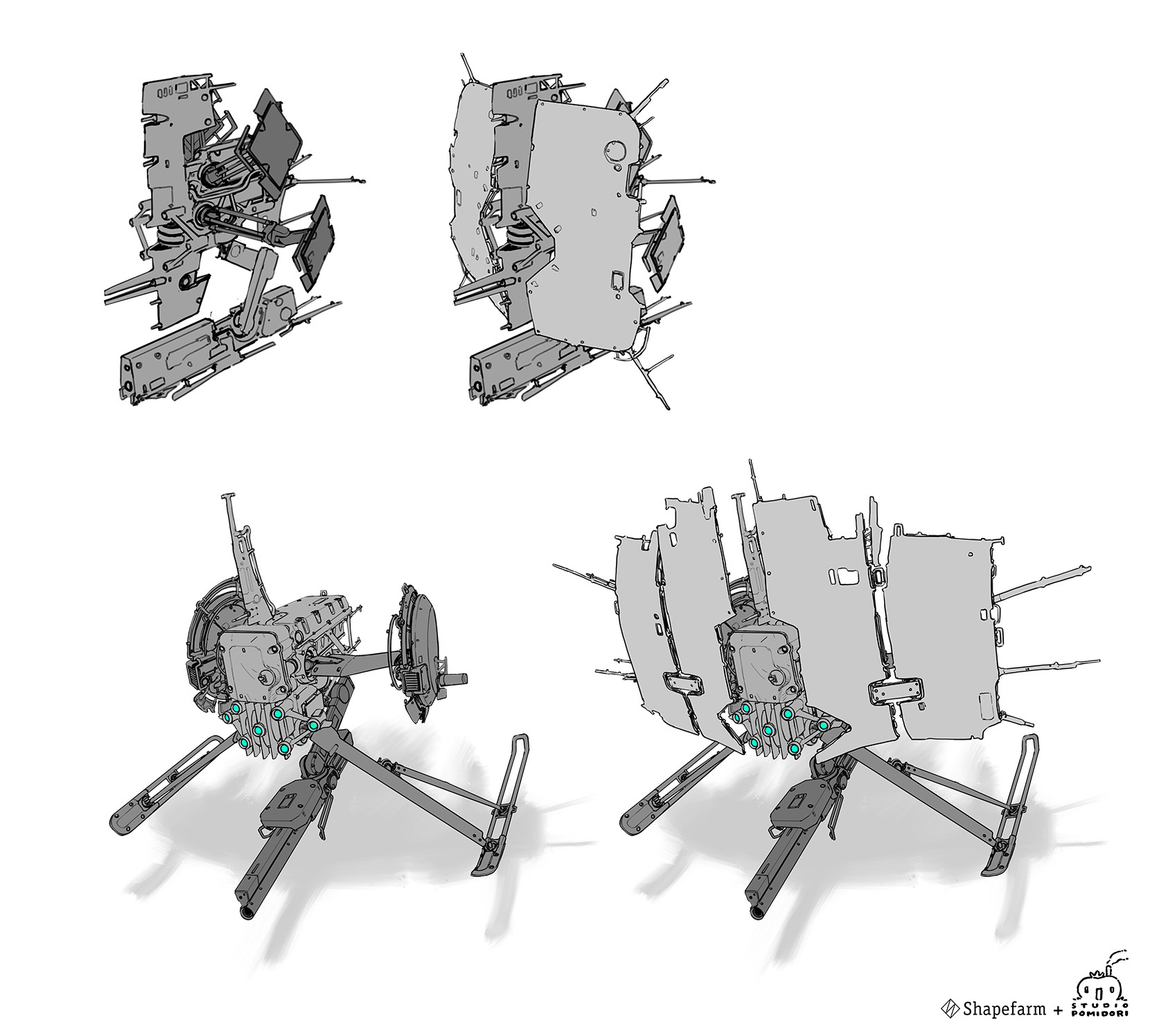 Voices was a cool internal project at Shapefarm for which Gabriele did art-direction and concept-art.
Here are a bunch of props and weapons and an enemy drone we made for the prototype.
Working in 3D for concepts allowed us to put them in engine as placeholders to get an early idea of what the spaces would feel like. 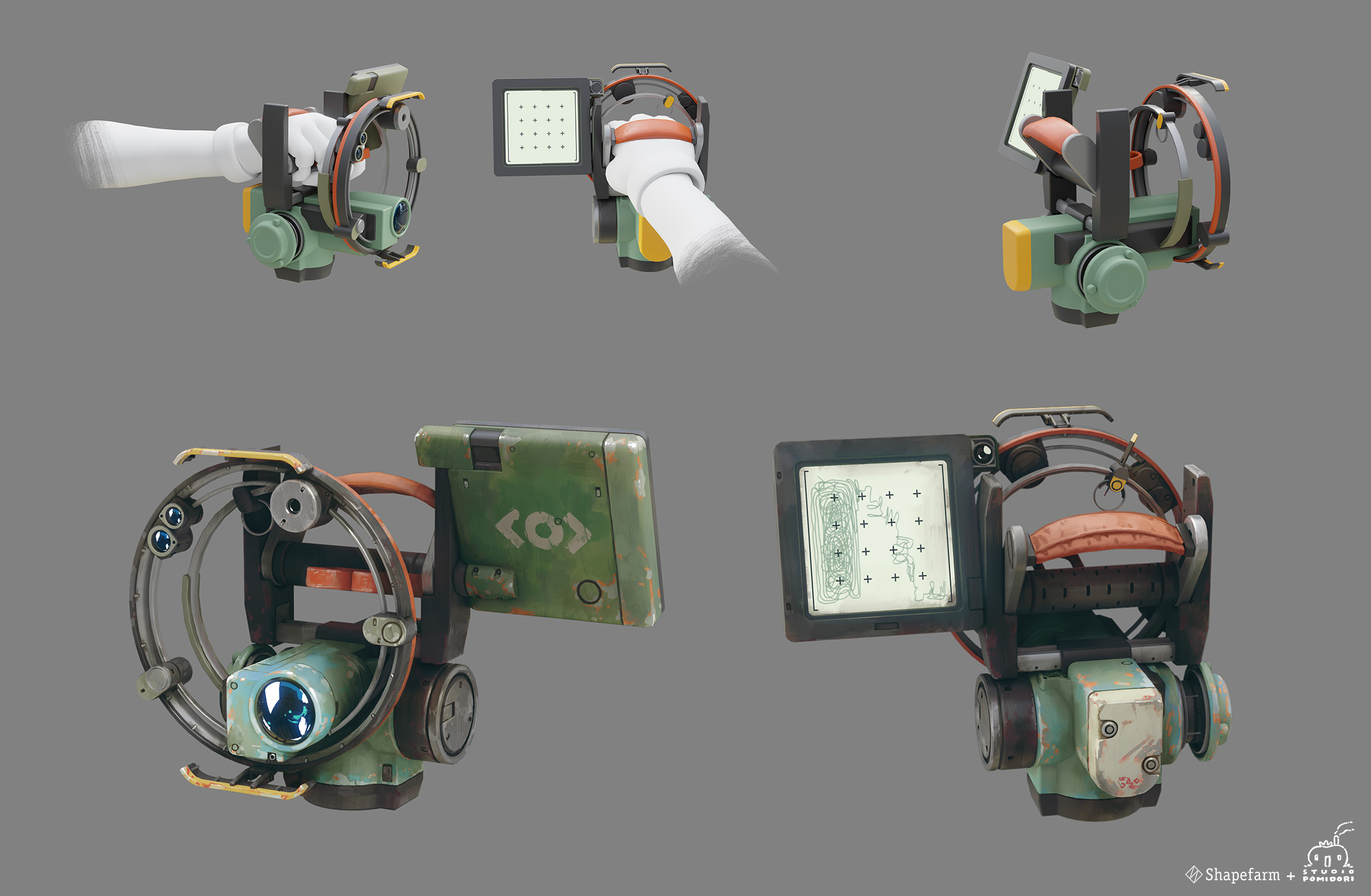 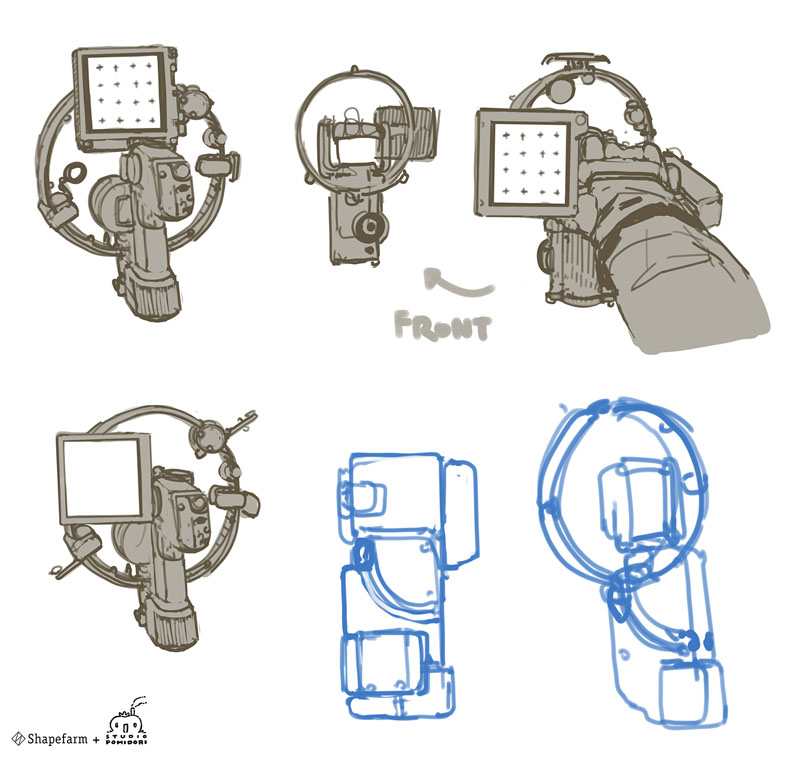 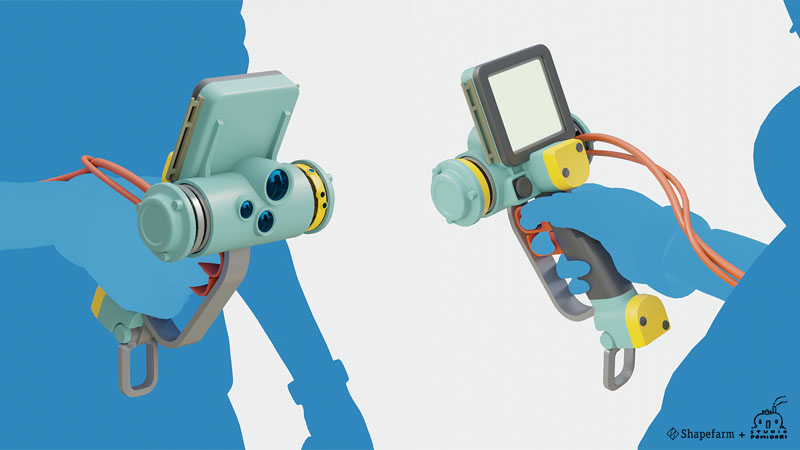 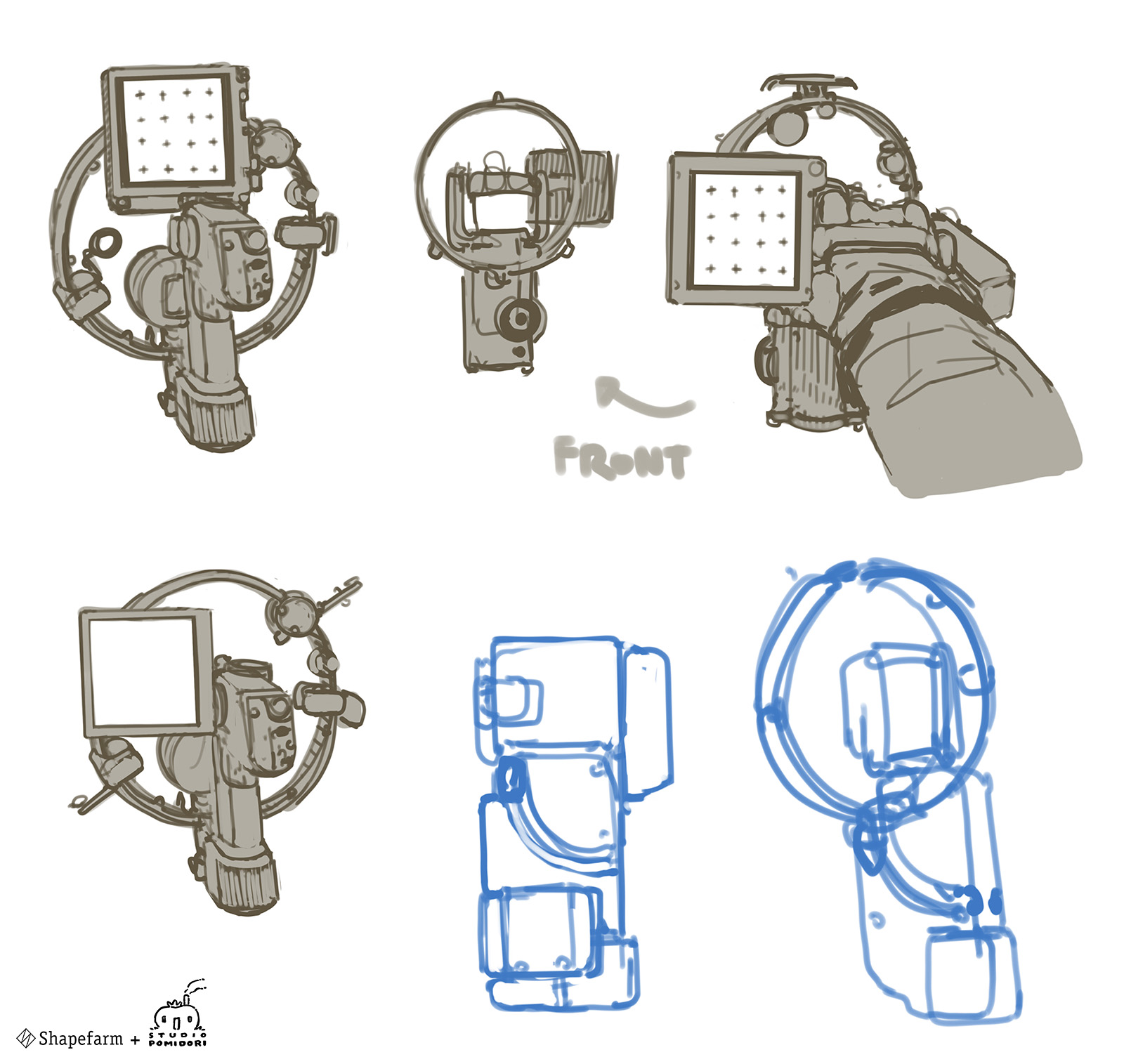 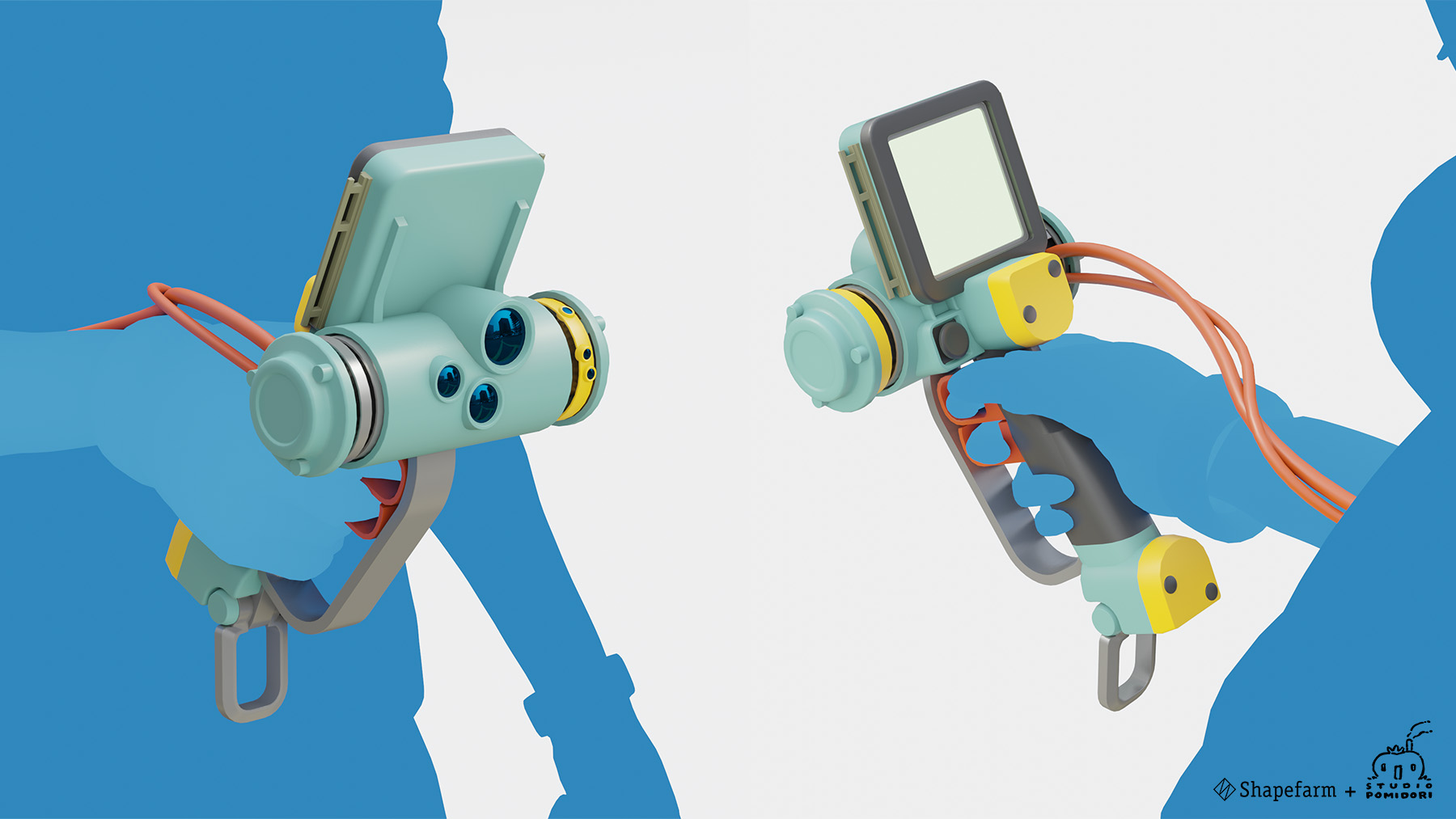 The Lantern was one of the most fun props we made for Voices.
At one point we were going for a more exploratory approach and we decided to replace our default gun with a tool with a big screen, that allowed the player to reveal information from the environment. We thought that shaping it after an old oil lantern would be an interesting visual metaphor.